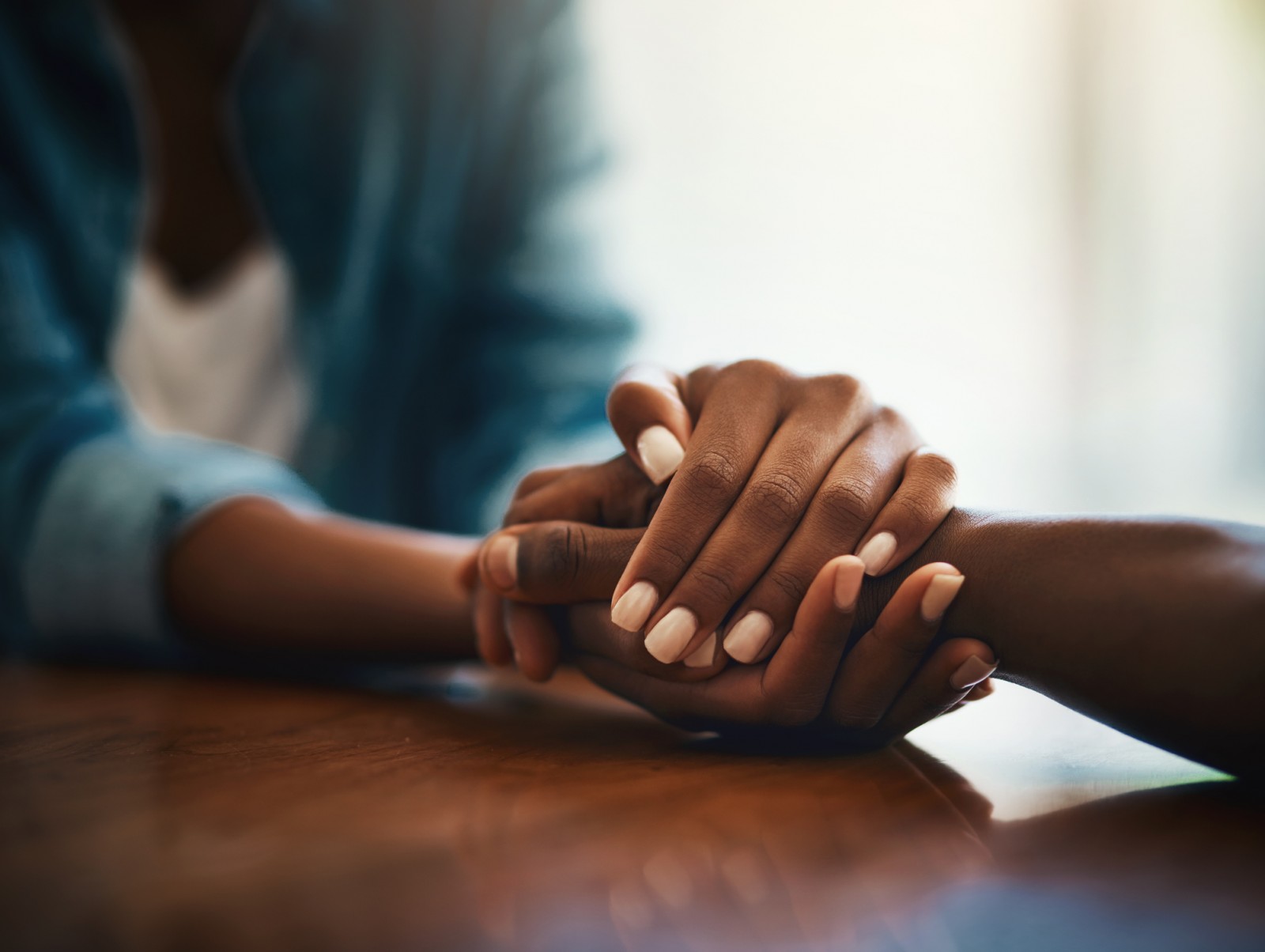 Matthews is working on a book about community abortion care called “You or Someone You Love” set to be published by Atria Books in 2023. She has been an abortion clinic worker in Maine, an abortion funder, a community organizer for abortion access, and a clinic escort since 2017. She is also a writer, a mother, and someone who has shared her abortion story publicly.

Tired of the limitations of her job as a clinic worker, Matthews became an abortion doula because she no longer wanted to send patients home to “incredibly isolating, lonely, alienating, and sometimes unsafe circumstances” where they often did not have adequate emotional or practical support.

“There is only so much you can do while wearing scrubs in a clinical setting, maintaining the necessary personal and legal boundaries of clinic staff, and working to support 20+ patients in one day,” Matthews told Prism over email. Even in a state with fewer restrictions than others, Matthews sees firsthand how marginalized people—those without housing, people who use drugs, youths, immigrants, LGBTQ+ people—are left to navigate the “cruel labyrinths” of local systems.

Like Lue, Gabrielle is a full-spectrum doula. She offers abortion support, and she is certified to provide support for fertility and adoption, pregnancy and labor, and postpartum. Gabrielle began working as an abortion doula about a year ago when she saw that people in her Georgia community were opting for abortion care because of pandemic-related financial instability or because they were otherwise afraid to give birth in a hospital or start a family as variants of the coronavirus spread.

Georgia severely limits abortions beyond 22 weeks after the last menstrual period, and the state has a number of medically unnecessary restrictions that make accessing abortion care difficult. In 2020, a federal court struck down Georgia’s six-week abortion ban, though it will likely go into effect once the Supreme Court overturns Roe. Georgia also has one of the highest maternal mortality rates in the country. According to the Center for Reproductive Rights, Black women in Georgia are 3.3 times more likely to die from pregnancy-related complications than white women are, and more than half of these deaths are considered preventable.

Gabrielle said this is an “exhausting” environment to operate in, both as a Black woman and a full-spectrum doula whose clients are overwhelmingly Black women in “undervalued and underserved communities.” Trauma-informed care is a central tenet of the support that Gabrielle offers, and it comes from a very personal place.

Gabrielle is a mother of three, and she’s also a licensed practical nurse and a student midwife. Personally and as a trained medical professional, she is well versed in how Black women and other BIPOC communities experience injustice in the health care system.

“I entered this work not only to be an advocate for BIPOC, but because I wanted to help others advocate for themselves in spaces that continue to keep them marginalized,” Gabrielle said.

It didn’t take a Supreme Court leak to push Gabrielle to assess risk. In Georgia, her work is inherently perilous. Not only will she continue to offer abortion support in the post-Roe world, but the route she is taking to be a midwife is already illegal.

There are different types of midwives in the U.S. and regulations of the practice vary by state. According to professionals in the field, many of these regulations can be burdensome to public health interventions. Midwifery care has the potential to substantially reduce the maternal mortality rate, but different entry points into the practice can be illegal or otherwise criminalized.

Only Certified Nurse-Midwives are licensed to practice in Georgia, which means that as a direct-entry midwife—credentialed as a midwife, but not as a nurse—Gabrielle will be unlicensed when she attends home births.

“Before long, all of the ways I choose to support women will probably be outlawed,” Gabrielle said. As a Black mother and business owner, she knows she’s putting a lot on the line. Sometimes she feels fearful, she said. But these moments are fleeting—especially when she considers the larger landscape in Georgia, a state where it can be dangerous for Black women to give birth, abortion may soon be banned, and badly needed home birth midwives are illegal.

“Across history, Black women have said, ‘That’s illegal, but I’m going to do it anyway,’ because we know the reward is worth the risk, and we know the needs of our communities are urgent,” Gabrielle said. “This is part of my lineage, and I’m not going to shrug off my calling because I’m afraid of being criminalized.”

For people who do abortion access work, what was surprising about the Dobbs draft opinion leak was the delivery—not that Roe is likely to be overturned. A literal playbook for a post-Roe world was published in 2019 by journalist and activist Robin Marty, who is now the operations director at the West Alabama Women’s Center. But it’s still a lot to process, and there are ramifications beyond abortion access. What does the end of Roe mean for other pregnancy outcomes, like ectopic pregnancies? How does it open the door for restrictions on contraceptives or further attacks on LGBTQ+ rights? It’s enough to make your head spin, and Matthews said she’s still trying to make sense of it—especially as it relates to criminalization.

As the push to further criminalize abortion has escalated, Matthews said she is seeing the “causational escalation” of suffering and harm—more people from the South are traveling up to Maine, people are having to wait until they are further along in their pregnancies, people’s abortion experiences are being infused with “more and more fear and isolation.” People are also being trapped—with their abusive partners or families, with debt they have to take on to get abortion care, with a child they cannot support or did not want.

“All of this is by design,” Matthews said. “I think right now, I am working through it, just trying to help get one person their abortion, then the next person, then the next. One foot in front of the other.”

Shené told Prism that as a full-spectrum doula in California, she understands that her risk of criminalization for abortion support is different compared to doulas in states with severe restrictions. But unlike the other abortion doulas Prism spoke to in high-access states, Shené is a Black woman. The Black and non-Black people of color who do abortion support work are inherently taking on a different kind of risk because of how the toxic stew of white supremacy, surveillance, policing, immigration enforcement, and criminalization play out in their communities.

California certainly has its fair share of problems, but Shené said she is moved by recent efforts in the state to defend abortion access for Californians and people traveling for abortion care. The right to abortion is already enshrined in California’s Constitution, but lawmakers are also ramping up efforts to become a “sanctuary state for abortion rights” by considering a package of bills that would increase abortion access, reduce abortion costs, and protect people from abortion criminalization.

In Maryland, where the right to abortion is enshrined in state law, there are promising efforts also underway. Beginning July 1, health practitioners other than physicians—including nurse practitioners, nurse midwives, and physician assistants—will be able to perform abortions in the state. The effort required Maryland lawmakers to override Republican Gov. Larry Hogan’s veto of the bill, which also establishes an Abortion Care Clinical Training Program. As part of the program, the state will contract with an organization to develop abortion care training programs at a minimum of two community sites to expand the number of healthcare professionals with abortion care training and increase diversity among healthcare professionals who provide abortion care.

Elyssa, an abortion doula with the Baltimore Doula Project, said building out abortion access infrastructure is crucial. But for now, she has concerns about the capacity of abortion destination states like Maryland.

“The potential impact is that people who live here may have to wait longer to access abortion care because of an influx of people coming to the state to access this care,” Elyssa explained. “We have a lot of great clinics here. Our clinics are amazing, and our abortion workers are amazing, but there’s still limited capacity when you only have one procedure room or you only have three spots in your waiting room—especially during Covid when you’re trying to distance people. As much as we all want to help people access care, the reality that we have to account for is that it’s also going to put a strain on clinics in states where abortion is more accessible. The people who will pay the price in our state are the people in our state who already experience barriers accessing abortion because of logistical, financial, and other reasons.”