Home What's New Whose Dollars Are These Anyway? Foundations Rethink Their Model 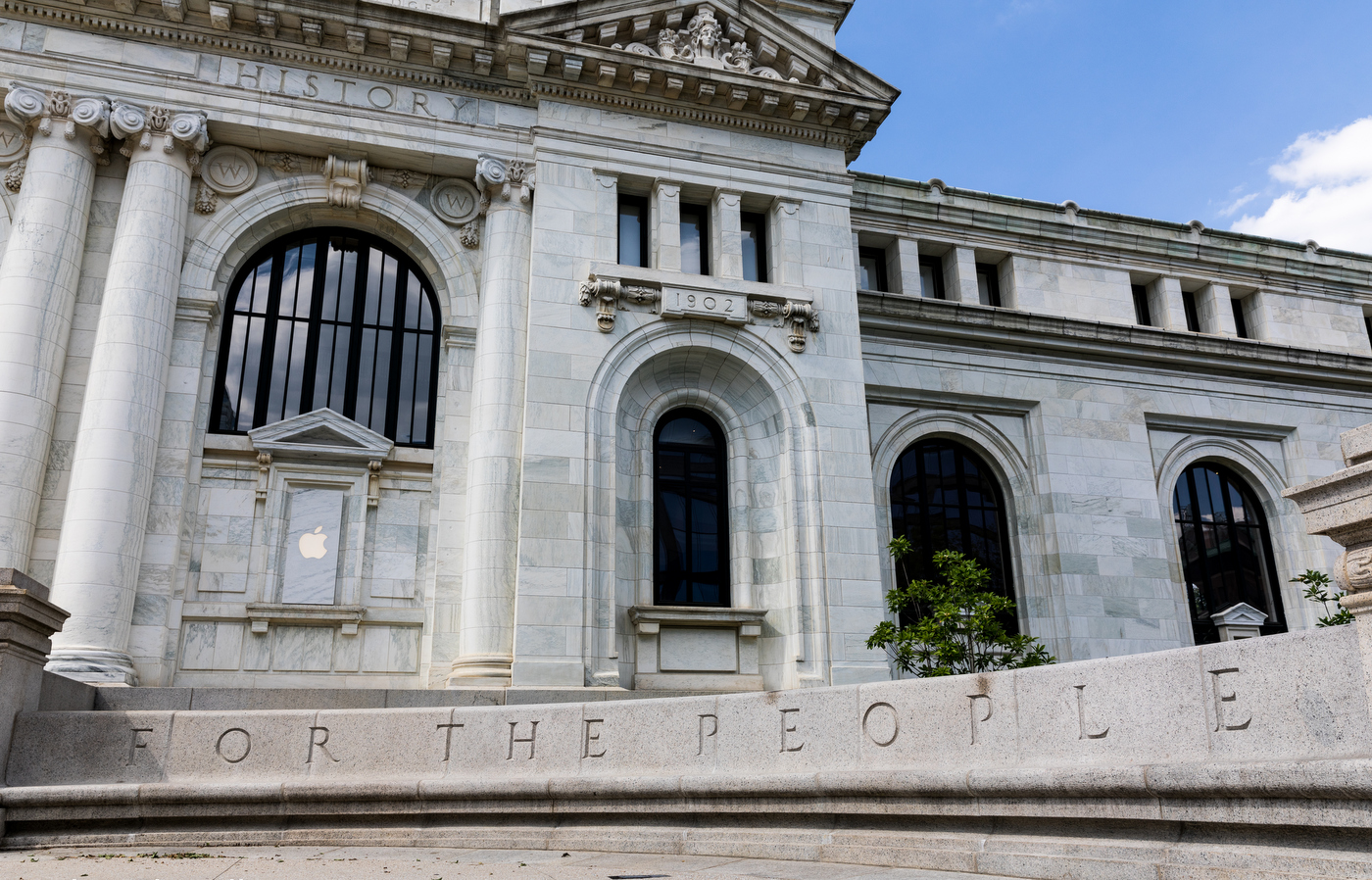 The Nathan Cummings Foundation describes itself as being rooted in “the Jewish tradition of social justice,” and “working to create a more just, vibrant, sustainable, and democratic society.” It has taken a very different path from Heron to align its endowment investment strategy with its mission. For one thing, its founder was not anonymous, and he has living descendants who are still active on the foundation’s board. And those descendants have been some of the leading voices to push the foundation in the direction it continues to move today with regard to how its endowment gets invested.

Yet even with the living descendants of Nathan Cummings pushing to change the foundation’s investment strategy, that can’t happen overnight. As with any foundation, it takes four of the organization’s bodies to agree to do it before that journey can begin.

The first “yes” must come from the foundation’s board of trustees. If the people at this level are inclined to maintain the status quo, the journey stops there. According to a survey by BoardSource, a research and support organization for nonprofit boards, 40% of foundation boards are all white, only 15% of foundation board members are people of color, and only 5% of foundation board chairs are people of color. Another analysis of the top 20 largest foundations by the Chronicle of Philanthropy found that their 253 trustees were predominantly Ivy League-educated “coastal elites.” That doesn’t mean to imply trustees with those characteristics are guaranteed to say no when it comes to making changes in how endowments get invested. But it’s valuable context to understand the starting point required of such discussions if a foundation wants to move away from the traditional foundation model.

At Nathan Cummings, the founder’s living descendants still sit on the board, and former board chair Ruth Cummings was one of the leading voices who pushed to move the foundation’s endowment 100 percent to mission-aligned investing. So that decision ended up being an easy yes.

A second “yes” must come from the investment committee, which includes some trustees and, for some foundations, external members whose advice the board values when it comes to setting the investment strategy for the endowment. The one skeptic on the Nathan Cummings Foundation’s Investment Committee just happened to be an external member who chaired the investment committee at the time. The result was a “yes, but…” with a caveat that would initially limit how much of its endowment the foundation would invest in ways that reflected its mission.

The staff, and particularly the CEO, must supply a third “yes.” Given that these voices are typically already focused exclusively on the mission, they’re typically the most willing to agree, and often are leading the discussion to shift foundations’ investment strategies to a more mission orientation.

The board of trustees, investment committee and staff at Nathan Cummings Foundation all said “yes” to a 100-percent mission-aligned investment strategy by November 2017.

But securing the fourth “yes” can be the trickiest of them all. Most foundations outsource the management of their investment portfolios to organizations that specialize in the work, known as “OCIO” groups — an acronym for “outsourced chief investment officer.” The OCIO, sometimes simply called a consultant, doesn’t choose a foundation’s specific investments. They pick which asset management firms will make investments on behalf of a foundation. The Nathan Cummings Foundation needed its OCIO to commit to the 100-percent mission-aligned investment strategy. So far, it has stayed with the OCIO it has worked with since 2017, although they issued an RFP in October 2020 to either renew their OCIO agreement or select a new firm.

But more foundations today are pushing back on their OCIOs to change criteria in how asset management firms are chosen — changes that will not only help to address that racial disparity, but will also widen the path for mission-aligned asset managers.

For example, typical criteria include a firm’s dollar amount of assets under management or the number of years an asset management firm has been in business. Newer firms led by women or people of color may not meet one or both of the necessary minimum thresholds to be selected by an OCIO. But the founders of those firms may have decades of experience managing hundreds of billions in assets for their previous employers — in other words, they have the experience and qualifications required in their backgrounds, just not with the new firms they’ve recently founded. Similarly, newer firms founded to invest money in ways that might align with a foundation’s mission can face the same situations — founders with the requisite experience but firms that fall short of the requisite thresholds.

“Individually, any one of those criteria seems reasonable. But taken in the aggregate those things end up becoming exclusionary,” says Bob Bancroft, vice president of finance at the Nathan Cummings Foundation.

The Nathan Cummings Foundation is one of a growing number of foundations pushing back against typical OCIO criteria, for the sake of racial equity as well as for the sake of finding more asset management firms that are willing and able to prioritize mission-aligned investments, instead of choosing investments that simply maximize financial return.

“I was recruited [to the Nathan Cummings Foundation board] with the goal of coming on to the investment committee and focusing on this transformation,” says Rey Ramsey, who has faced those kinds of racially discriminatory barriers as a Black investment professional. Ramsey joined the foundation’s board in May 2017.

“Too many people still look across the table and they don’t see an investment professional, they see color, they see gender,” Ramsey says. “The implicit bias is still there.”

When the Nathan Cummings Foundation’s trustees made their mission-alignment commitment in 2018, nearly half of the foundation’s portfolio was out of alignment with the mission. By 2020, that number was down to 5 percent. The foundation also says 28 percent of its portfolio is now managed by funds that are majority-owned by women and/or people of color, though only 9 percent of its overall portfolio was with asset managers who applied a racial equity lens to the underlying investment decisions.

Prior to her role at Heron, Barbara VanScoy was one of the few women who, in 1998, co-founded and led a successful asset management firm, Community Capital Management. It’s a mutual fund, like the kind in which you might have some retirement savings invested. Both individuals and institutions can buy shares of the fund — it’s listed as “CRATX” on the NASDAQ stock exchange.

As a fund, Community Capital Management pools funds from investors and turns around to make various investments that specifically benefit low-income households — for example, securities backed by mortgages for first-time homeowners, loans to develop or preserve low-income rental housing, or small business loans in low-income communities.

For 20 years, Heron was actually one of VanScoy’s clients at Community Capital Management. One day back in 2006, VanScoy got a call that most would consider strange, but made perfect sense within the context of Heron’s investment strategy.

Heron had been providing grants to credit counseling organizations, helping households avoid or get out of predatory debt. Many of those grantees started reporting that they were seeing a strange spike in clients coming in with adjustable-rate loans that required little to no documentation of income. Interest rates ballooned after a pre-set introductory period with a lower interest rate, and now clients couldn’t afford to pay back those loans. These were the subprime loans, of course, that helped to tank the economy a few years later .

An executive at Heron called VanScoy and told her what it was hearing from those grantees about their clients — this was before the market started to crash in 2007. She used that information to adjust her investment portfolios. As a result, when the crash eventually happened, the mission-screened portion of Heron’s investment portfolio barely lost any value, while the rest of the portfolio it hadn’t yet screened for mission alignment lost more than a third of its value.

The early warning from Heron’s grantees about predatory practices shielded Heron from losing more money than it might have otherwise during the financial crisis. In subsequent years, Heron started going back to their grantees more frequently to help implement and refine their “net contribution” investment rubric, looking for insights on what characteristics they should look for in an investment, as well as what types of investments to avoid entirely.

Now that VanScoy is at Heron full-time, instead of scheduling a call with a friendly investment manager, Heron’s grantmaking staff can call a colleague — or she can call them, as she has, to get advice on things like the wisdom of investing in an affordable housing project and whether the developer or landlord might be a concern for a community, or whether the small businesses she is supporting through her investments are truly in good standing with the communities around them.

But recently, “what started to be uncomfortable was our motivation to [seek out grantee input on our investments],” Bezerra says. “We were doing it to learn what communities wanted to see us invest in with our endowment, but it started to feel extractive. We needed to find a way to cede power to communities if we really believed that they had the wisdom to make these decisions anyway.”